To preserve the natural environment and other people’s enjoyment of the Commons, users of the Commons are expected to follow a set of rules established by the Conservators under an enabling Act of Parliament.

The most significant piece of legislation governing the Commons is the 1981 County of Kent Act. The Provisions relating to the Commons are in Part XV and Schedule 3, which details how the Commons Conservators should operate, their duties, powers, and rights. The Commons are also registered Village Greens under the 1965 Commons Registration Act.

If you’re interested in doing some further homework, several older Acts of Parliament provide a fascinating insight into the transition of the Commons from feudal land ownership to a green space to be preserved for the benefit of the whole community.

Links to the Acts can be found here: 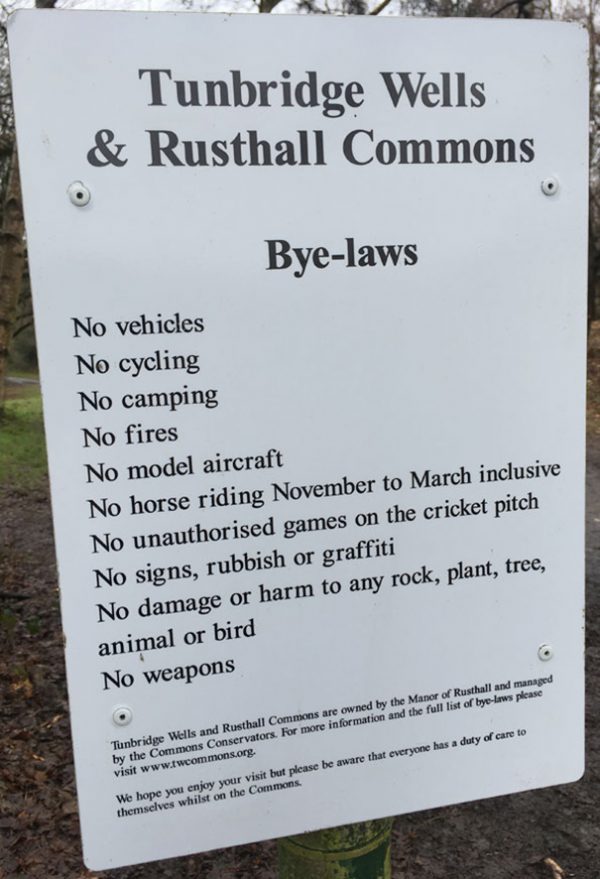 The Commons byelaws have been in force with very few changes since they were originally framed in 1890.

The most important rules are posted at principal entry points to the Commons, while the full list can be found here 1890 byelaws.