Warden’s blog – what happened in January on the Commons

End of an era on the Commons

As January makes way for February the days are already noticeably longer. I always find this an optimistic time of year, with the promise of so much to come; this year it is slightly bittersweet, having decided to retire at the end of June after thirty years in post. The search for my replacement is already underway, you may well have seen the advert. I intend to enjoy my remaining time as Warden and fortunately, I have some great projects to carry out over the next few months to help me.

Busy with lots of projects

We will be carrying out more work on the areas near Wellington Rocks that was cleared of holly scrub last year. We will be scraping away much of the mulch left by last year’s clearance to expose the sandy substrate, to allow the original heathy vegetation to re-colonise the area. There are already good indications that there is still viable seed remaining that just needs sunlight to re-emerge. The mulch, soil, roots and woody debris will be used to make one or two refuges for reptiles and small mammals. This work needs to be finished before the birds start to nest, so we will try and take advantage of the current dry spell. 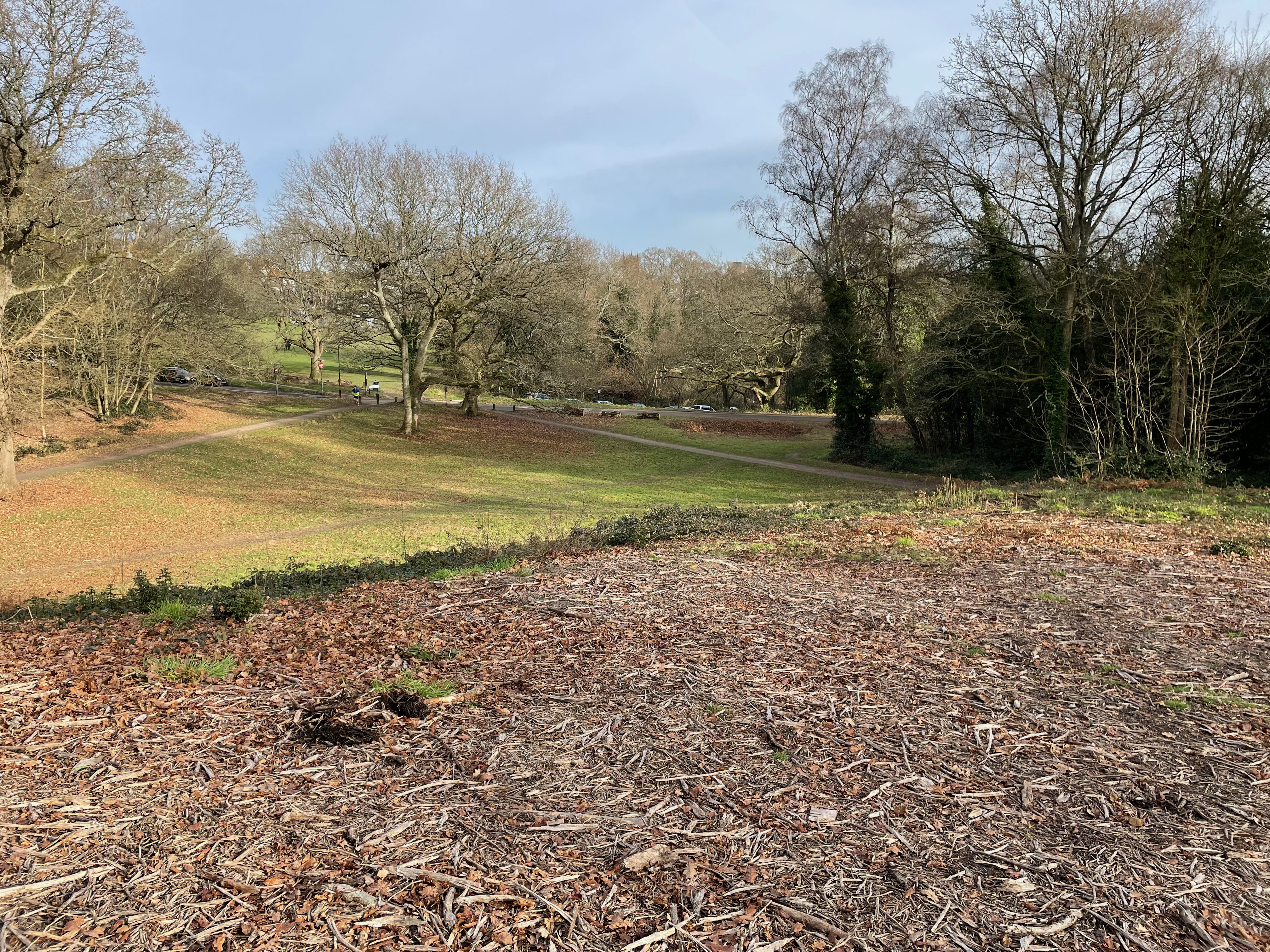 Area behind Wellington Rocks to be scraped.

On the other side of Major York’s, we will be clearing more holly in the area adjacent to Hungershall Park. The paths we created through the dense holly scrub a couple of years ago will be widened and the connections through to the grassland habitat adjacent to the Racecourse will be enhanced.

The third time critical project is a major clearance of the steep slope and rocky outcrops between St Helena and Gibraltar Cottage. Bramble and scrub has been slowly invading since our last clearance a number of years ago and there is even a patch of Japanese knotweed that needs treatment. It will be great to re-open this area which featured in many of the classic old postcard views of the Common. I am hoping to have all three of these tasks completed by the end of February. 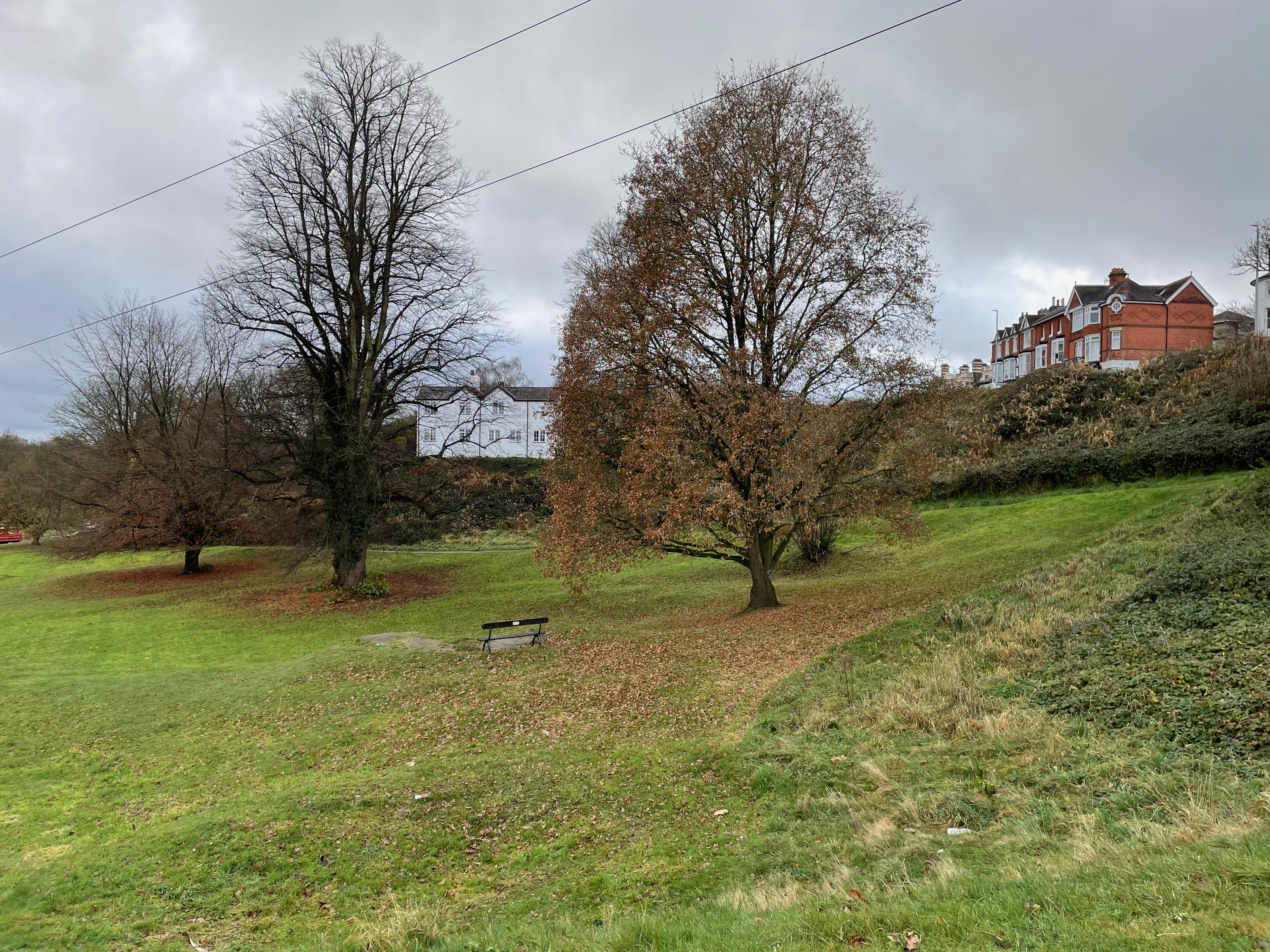 The volunteers had a good day at Toad Rock at the beginning of January. Working with a bit of assistance from one of our contractors they have cleared masses of bramble, scrub and gorse from the rocks on either side of the Toad. It has quite transformed the area; a huge improvement. 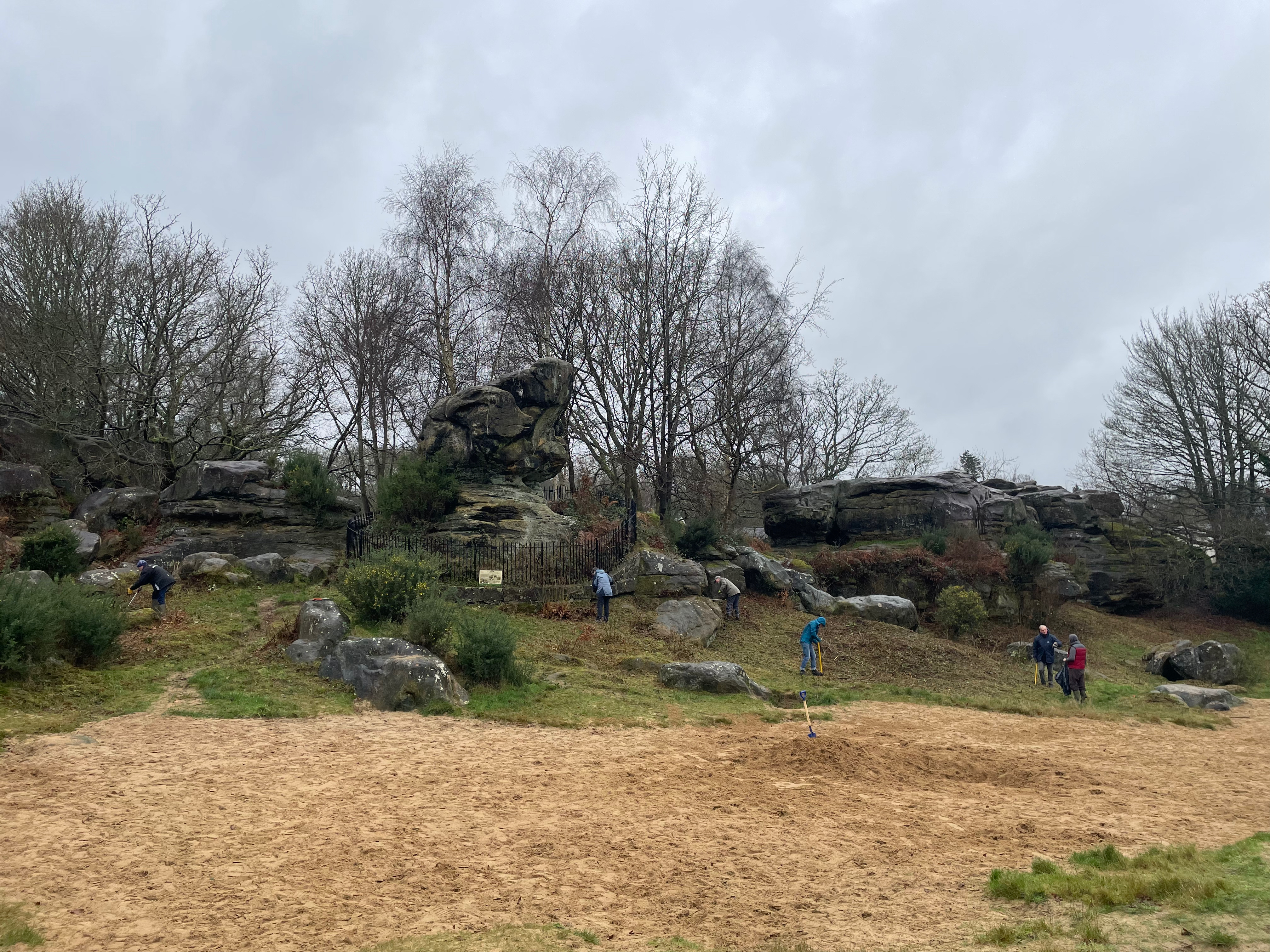