We are almost at the end of our biggest task of the year, the cutting of all our paths, tracks, glades and meadows. This starts around the end of June with the cutting of some of the very heavily used routes across the Commons, followed by preparation for the visit of the Britain in Bloom Judges in July. We then move on to cutting back our woodland rides and paths, before we commence cutting the meadow areas after the flowers have set seed. The whole process culminates with the clearances of Bulls Hollow and Happy Valley, which should be completed in the run up to Christmas. 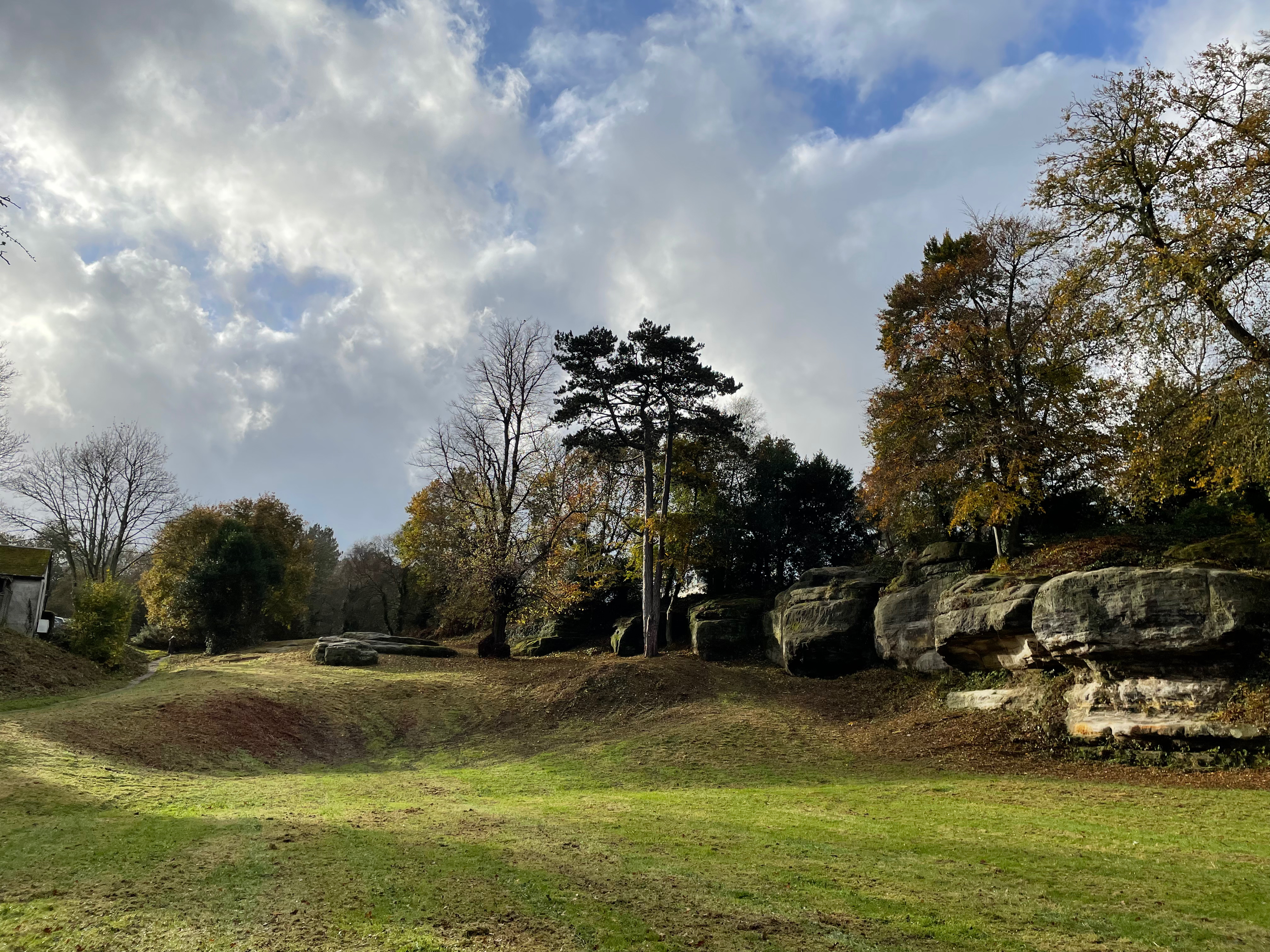 It is lovely to see the rock outcrops re-emerge each Autumn and this year we have been helped by the Southern Sandstone volunteers, who have been helping clear some of the steeper crags and gullies at Happy Valley and Bulls Hollow. 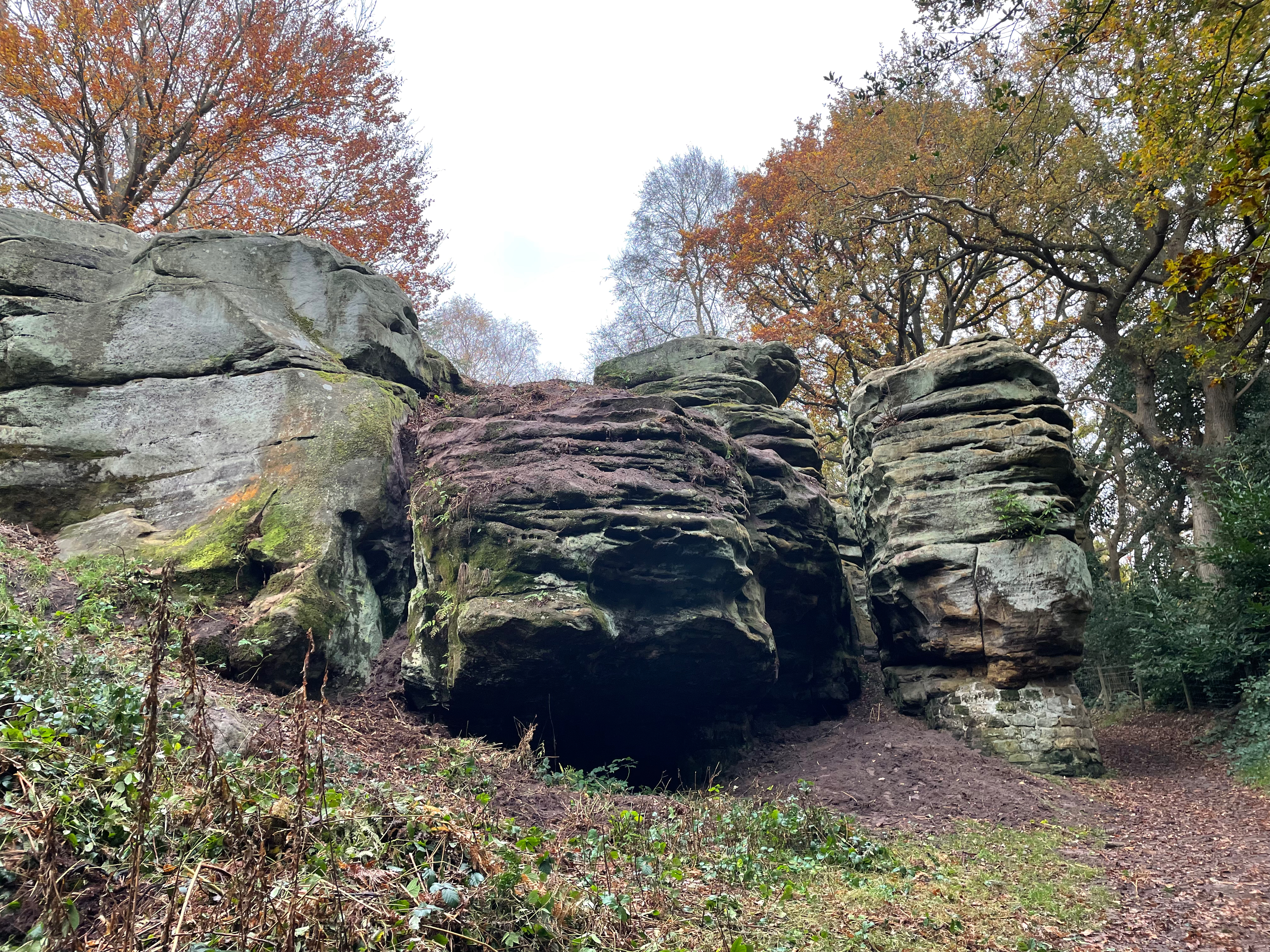 Our own volunteers started work again at the beginning of November, joining forces with the litter picking group for the Big Wellington Rocks Clean-up. Gorse was removed from the Rocks as well as the surrounding area, along with invading birch scrub and the gullies and cracks were cleared of litter and broken glass. The results were very pleasing indeed. Both groups will be back in action on the 4th of December, this time at Cabbage Stalk Lane Pond. We will be clearing reedmace and willow scrub from the pond, cutting back some of the birch and hazel, that are starting to shade the site of our orchids, and giving the whole area a clean-up, please join us if you can. 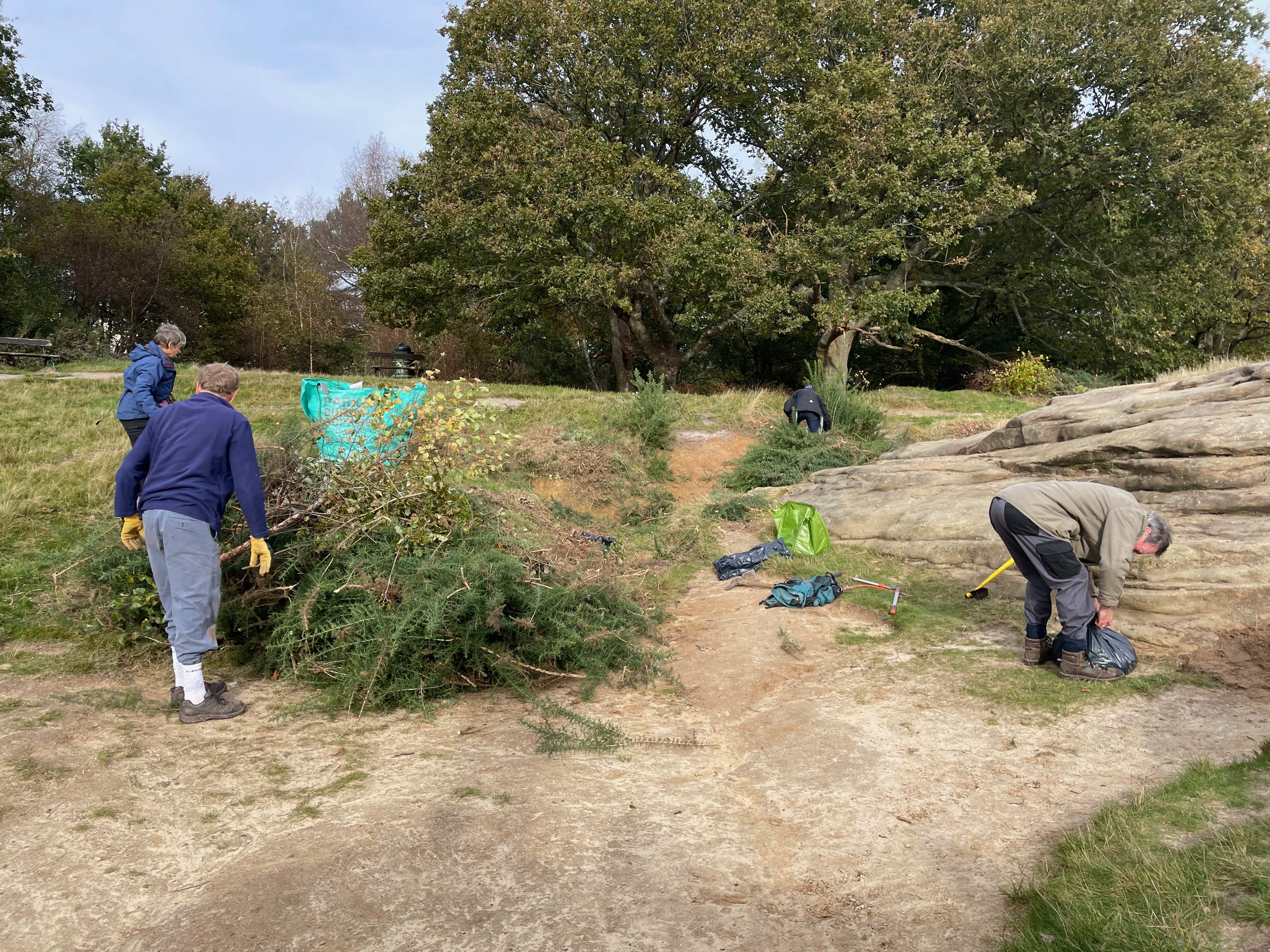 October also saw quite a bit of tree work undertaken. We cleared or reduced a large number of diseased small and semi-mature ssh trees from the edge of Rusthall Road between the junctions with Langton Road and Bretland Road, pollarded a number of larger ash trees on Coach Road and reduced another two large ashes on the Langton Road at it’s junction with Coach Road. All of these trees were seriously affected by ash dieback disease and had to be cut on safety grounds. It has again made a big hole in our budget but we really have had no choice but to carry out the work and I feel much happier now that it has been done. 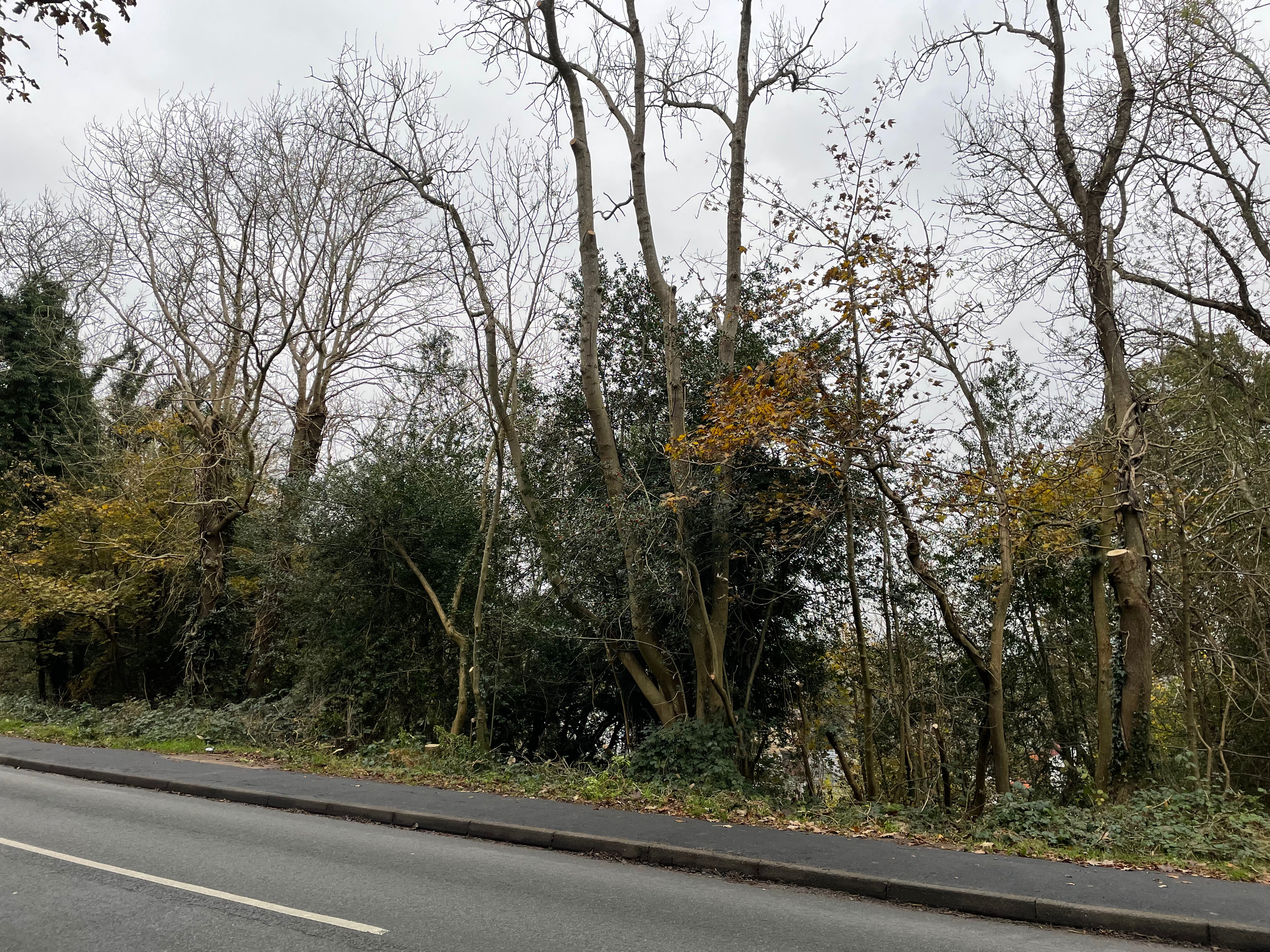 Ash trees cut back along Rusthall Road after being affected by dieback.