Rupturing from the greenery of Tunbridge Wells and Rusthall Commons are a series of randomly positioned rocks. The location’s unique terrain makes it a fascinating draw for visitors and there are several exceptional examples of sandstone rocks to seek out!

The question asked by humans for hundreds of years is; how did these rocks come to be? For many centuries, people assumed that the unusual formations on the landscape were chiselled by ancient man – however, each uniquely-shaped valley and boulder serves as a monument to 65 million years of erosion.

The origins of these structures begin long before humans inhabited the earth – a time when Belgium, the Straits of Dover and the South East of England all formed one huge area of freshwater known as “The Wealden Lake”.

For millions of years this was fed by countless rivers and streams which brought with them deposits of sand and silt. In time these increased in depth and eventually grew to a thickness of some two thousand feet. Layers of loose sand and silt became tightly packed down and gradually hardened into sandstone. It is through this process that the Commons’ rocks were formed.

From around 6000,000BC to around 8,000BC the area known as the “Weald of Kent” and was covered in a huge sheet of ice. During this period, the area endured a climate akin to the Arctic – however, weather conditions did improve and warm significantly, causing the ice to melt and flow down the valleys. The water eroded the rocks, leaving them as they stand today.

Man have always been drawn to the structures – ancient people had a particular liking for the steep banks as they saw them as the world turned upside down. The first humans to visit the rocks were wandering, hunting tribes of the Middle Stone Age, who settled in the dry sandy alcoves in front of the stones. Here they built crude shelters beneath the overhang of the Rocks with timber, brushwood and the skins of animals which they killed and hunted in the forest.

During the second Iron Age, humans constructed a fort in the area of the rocks. Another was constructed more than a thousand years later, during the first century A.D, when early Britons used the rocks as a fortification against the invasion of the Romans. To improve the site’s defences, a rampart was added with riveted masonry. Unfortunately for the natives, this was never a great obstacle to the invader and finally all habitation and agriculture in the area came to an end and the forest returned.

In present day, the site has become a popular tourist attraction, the most famous formation being the unusually shaped “Toad Rock”. Named for its uncanny resemblance to the tailless amphibian, this remarkable natural sandstone structure is believed to have been the location of a prehistoric ritual site – a theory backed by a cluster of Mesolithic finds located within the area.

First popularised in 1810, this site has been listed in guidebooks for more than 200 years! For decades, the bizarre structure mystified geologists, with many believing it to be the remains of an ancient manmade sphinx. Even the father of science fiction, HG Welles, referred to this idea in his 1933 novel, ‘Christina Alberta’s Father’! 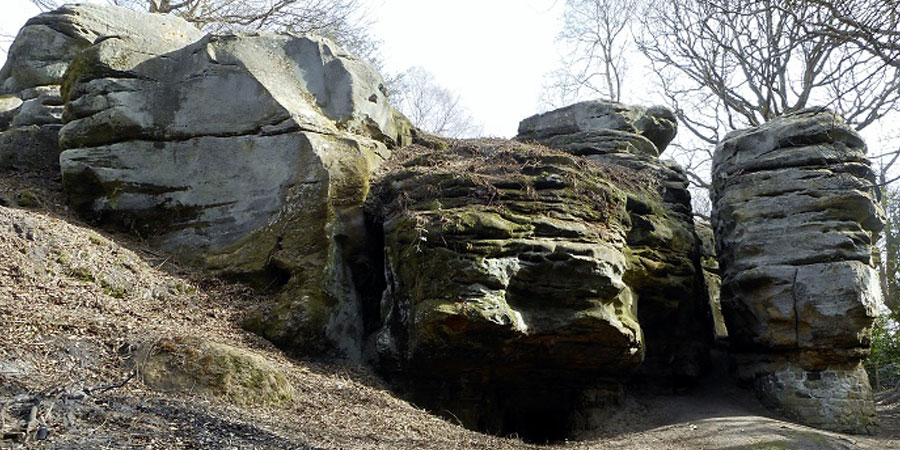 ‘As beautiful a view as England affords’ – this was how Georgian Britons described the landscape from the perspective of Happy Valley Rocks! It went on to become one of the town’s chief beauty spots in Victorian and Edwardian times – during which period many pictures were taken from the traditional viewpoint marked today by a clearing to the east of the Hundred and One Steps.

Mesolithic flint implements found here suggest that the higher rocks were used as camp sites by nomadic hunters of the period, as the cliffs would have used overhangs as a basis for simple shelters. The brickwork seen at the bottom of the rocks was added for further support in 1932.

Previously described as High Rocks or Castle Rock – the site now known as Wellington Rocks was named after the local hotel. Situated on Tunbridge Wells Commons, they are in very close proximity to the town centre, so are easily accessible on foot.

In the early nineteenth century, guidebooks reported that small transparent pebbles were found on the paths of the Commons after rain. After a subsequent cut and polish – these allegedly became known as ‘Tunbridge Wells Diamonds’ and were regarded a ‘brilliant addition to the jewel-case’. Small rounded pebbles can still be seen here today embedded in the sandstone.

For decades, the site has been regarded as fun family day out, with many locals having fond childhood memories of clambering over these distinctive rocks. 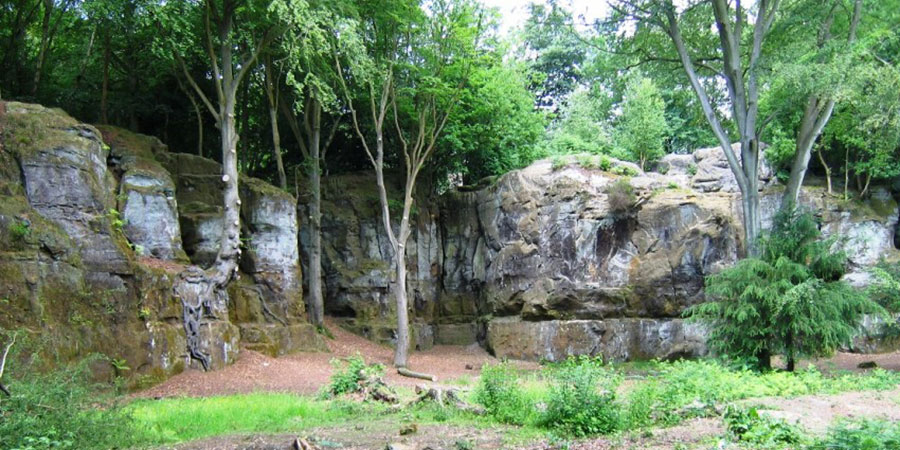 Disused since 1890, this sandstone quarry to the south east of Toad Rock was named after a quarryman who lived and worked on the site in the mid-nineteenth century. This outcrop stands at 25 feet and has been climbed on for many decades, first being publicised as a site for climbers in H. Courtney Bryson’s 1936 book “Rock Climbs Round London”.

The breathtaking views, unique topography and fascinating history are more than enough reason to pay Tunbridge Wells and Rusthall Commons a visit! With 256 acres of land to explore – make sure you add at least one of these rocky mysteries to your “Must See” list!