Since 2018 a small but dedicated team of local volunteers have been uncovering a series of unique rock cut features on Rusthall Common. Interpretation of such suggests they are structural in intent and broadly medieval in date. However it is also believed that that may well also overlay much more primitive features.

The function of the stonework is unclear. However its position near an old spring, high elevation and largely East-West alignment, may well suggest a ritual or religious connection. It has been postulated that the stonework may in fact be the foundations for a high status building such as a medieval church or chapel? Indeed the discovery of rubble stone foundations may be evidence for the first of such type of building on-site. Interestingly it also encompasses a significant section of an exposed ancient fossilized river bed, some 130 million years old! The structures placement seems quite deliberate and indicates complex human behaviour. Initial interpretation suggested that the structure may well have been an early Christian chapel. However prehistoric pottery and flint finds were recovered from directly above the stonework itself. Such finds certainly alluded at the possibility of a much earlier building. 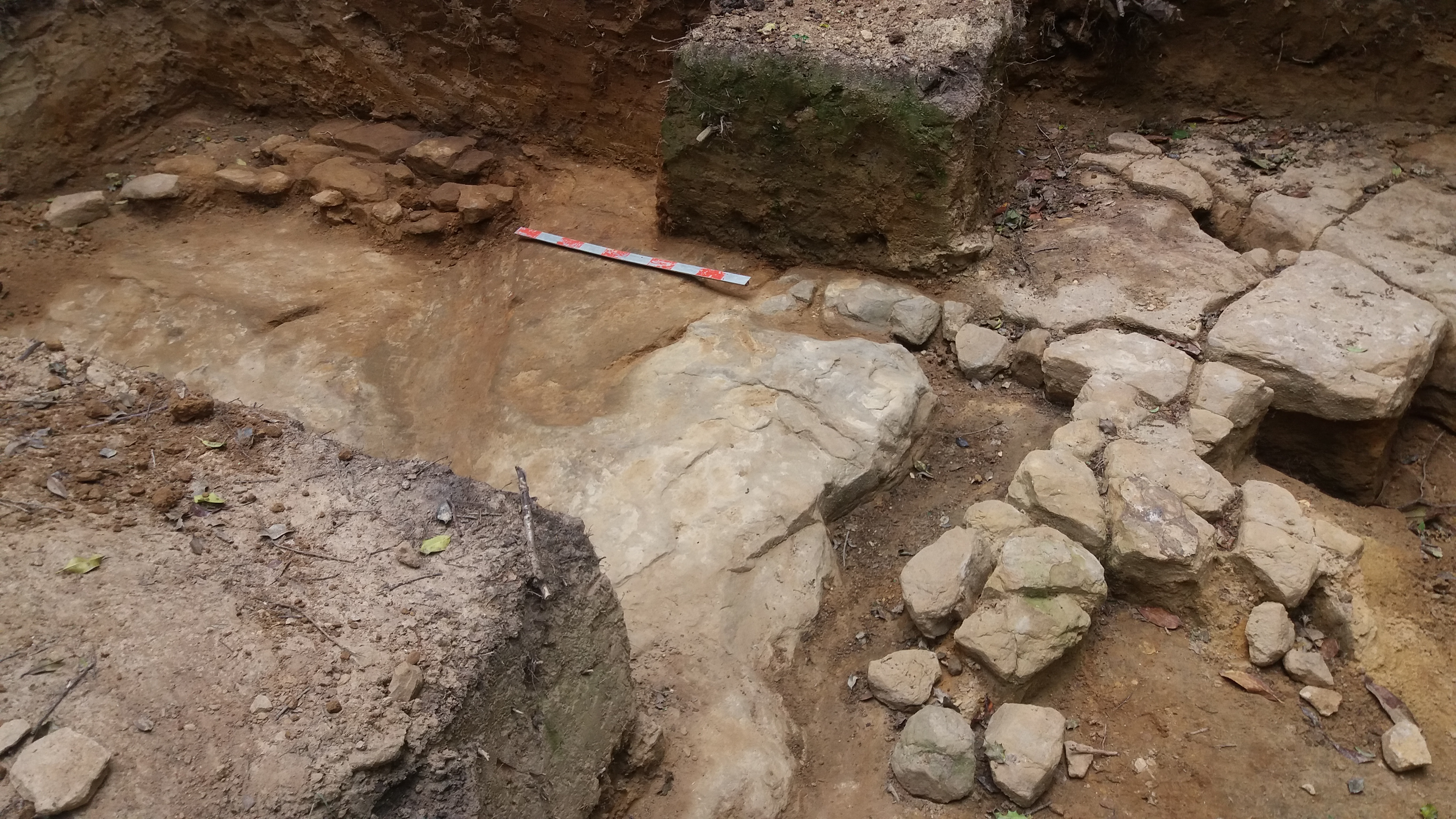 Since excavations began a significant collection of prehistoric material has consistently been recovered on-site. Artefacts include both pottery and imported flint lithics (stone stools) of probable Neolithic/Bronze Age date (4,500 BCE – 800 BCE). However there is strong evidence that the origins of the site may well have been its use as a source of local lithic material. Quartzose is a metamorphic hard stone found in sporadic seams within the Tunbridge Wells Sandstone strata. Primarily comprising of quartz and silica it provides a viable alternative to imported flint. Dozens of prehistoric quartzose stone tools have been collected at several sites across the Tunbridge Wells area. It is likely that they represents one of the largest collections of non-flint lithic assemblages in Kent. The most significant assemblage of such material has come from the site situated at the Eastern limits of Rusthall Common and referred to as the Rusthall Spring Site (RSP). Analysis of such lithics have shown a variety of tool types including scrapers, burins/borers, picks and projectile points. Evidence for the quarrying and processing of such material is quite clear at the RSP site, with large amounts of waste material (debitage) found across the site. Additional evidence of finer re-touch of stone tools can also be found in the huge collection of micro-flakes and chips found on-site. As such it is clear that the area was utilized for stone lithic production well into the middle to late Bronze Age (1800 BCE – 800 BCE), though probably exploited much earlier in history. 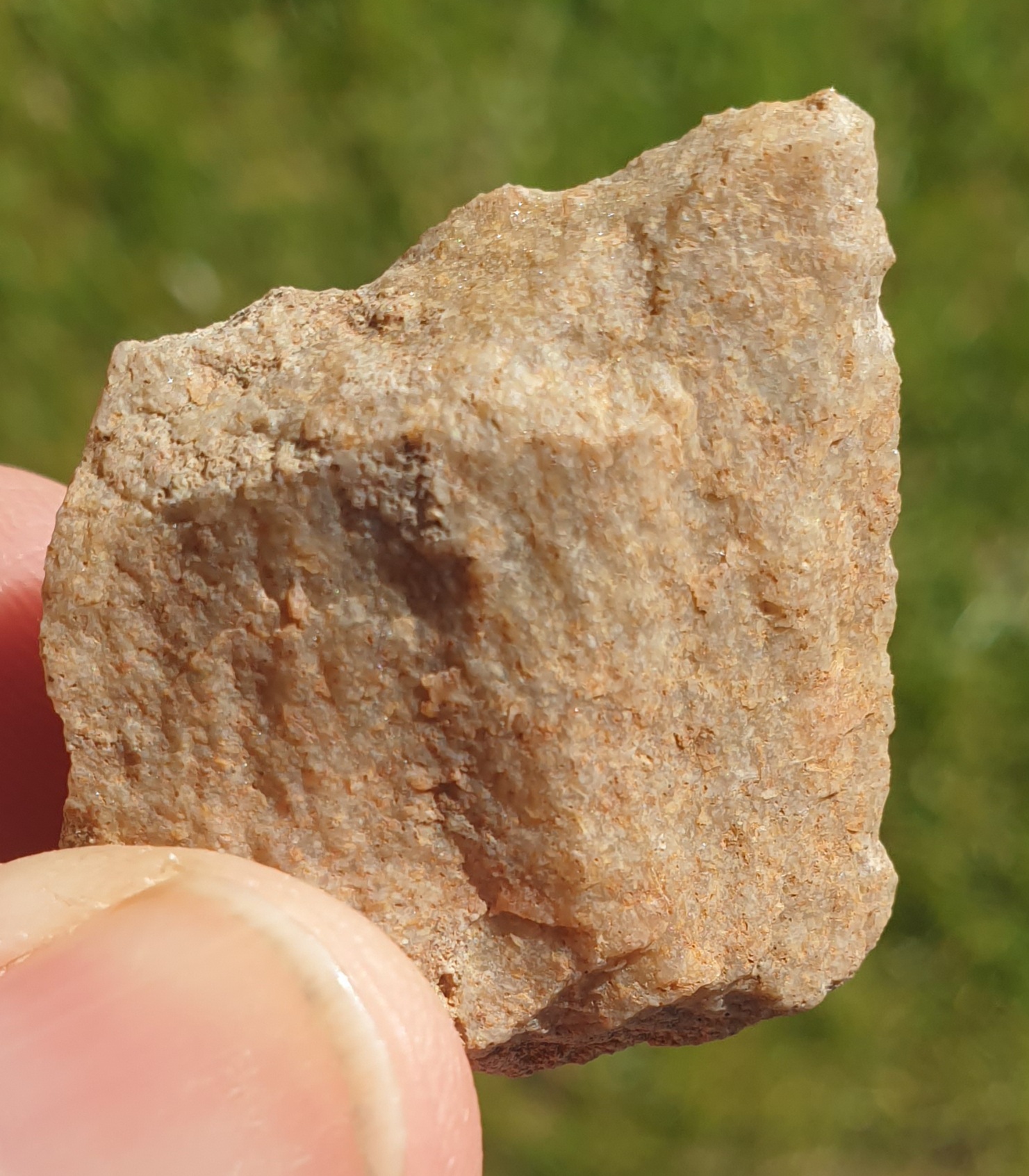 In summary we are looking at a series of rock cut structural features, of archaeological importance,  on a site that dates back several thousand years. Its significance cannot be overstated and remains somewhat unique within the Tunbridge Wells archaeological record and possibly wider area. 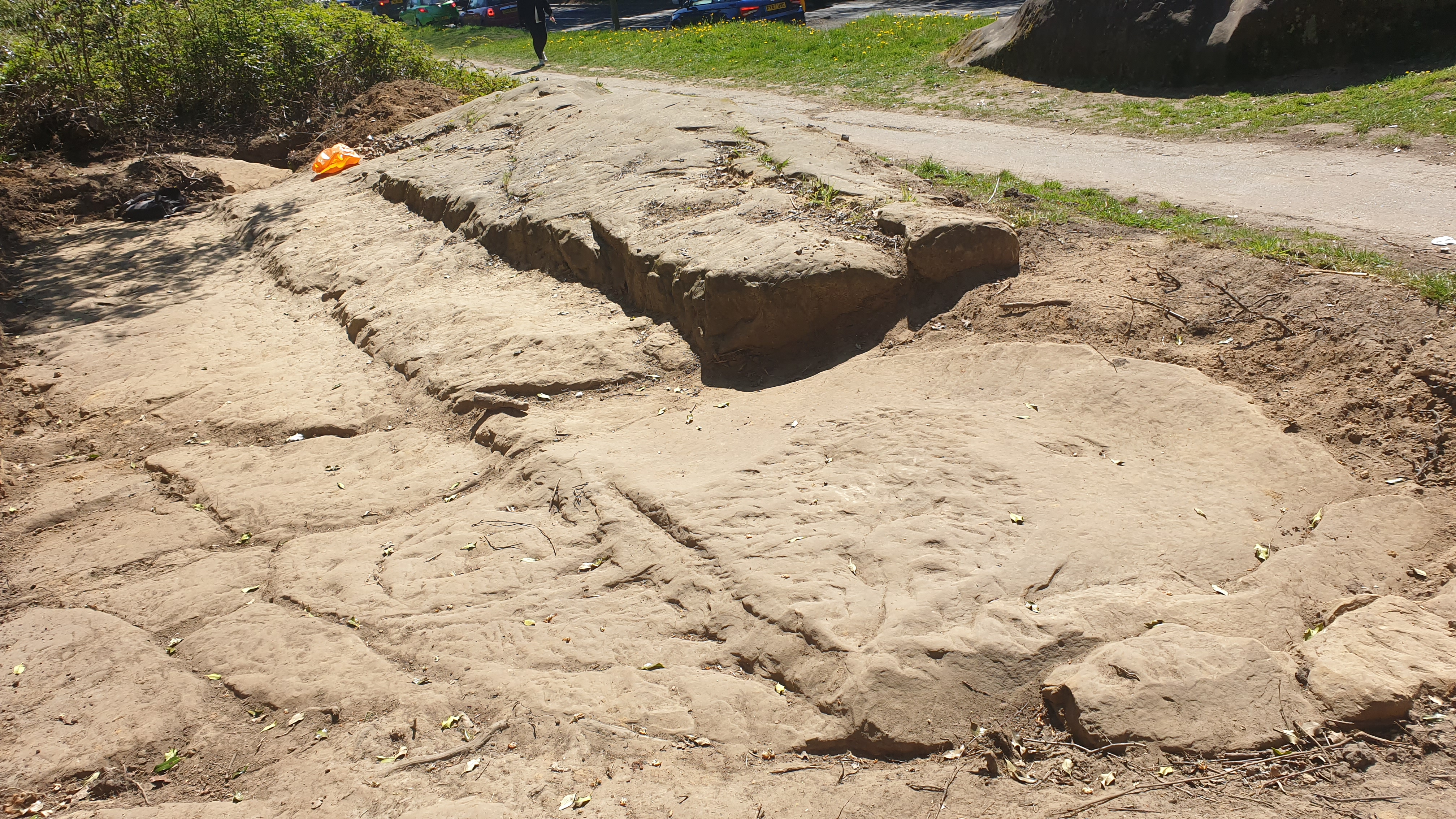 Work continues at Rusthall with the support of The Commons Conservators and local volunteers, do get in touch if you are interested in becoming a volunteer.