A warm welcome from the Warden

Welcome to our new website and welcome to my blog. I’m Steve Budden, the Warden for Tunbridge Wells and Rusthall Common and have been in role since 1992, so I know the Commons like the back of my hand.

My blog is where I will be explaining what is currently happening on the Commons and what is planned for the near future.

I am aware that we have had many new users of the Commons this year, due to the restrictions placed on us all by Covid-19, so maybe it would be a good idea at this point to explain briefly why we are carrying out works such as the clearance that has recently been done behind Fir Tree Rd car park.

A little bit of Commons history

Historically the Commons were heavily grazed by sheep, cattle and pigs. The over grazing, combined with our very poor, sandy soils lead to the development of a landscape dominated by gorse, heather and open, sandy ground.

This process was repeated across large sections of Southern England and over the centuries, an entire ecosystem of specialised plants and animals have evolved to colonise these heathland areas. Ashdown Forest is the best surviving example of the habitat in our region.

For numerous reasons, there has been a huge loss of this type of landscape in the last couple of centuries and lowland heath is now a threatened habitat.

After the industrial revolution, the importance of common rights to graze a few animals diminished and many heathy areas were built on, or turned over to agriculture with the aid of new farming methods and fertilizers.

Our Commons were already protected for their leisure value to the Town but the loss of grazing brought about huge changes as scrub woodland started to develop and shade out the heather and fine grasses. 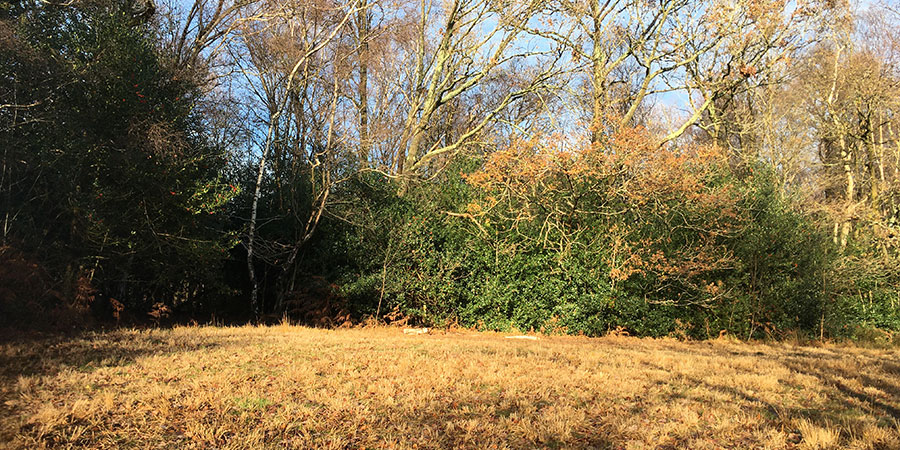 In 1987 the Great Storm hit the Commons and forced the reassessment of the management of our woodlands. Wisely, at this point the Commons Conservators commissioned a full survey and management plan from the Kent Wildlife Trust and the subsequent plan was adopted in 1992. The survey revealed a landscape dominated by quite species poor scrub woodland with small areas of species rich heather and acid grassland.

The management plan called for the removal of scrub to allow the remaining heathland plants and animals to recolonise the site, the opening up of the rock outcrops for which the Commons were noted and the re-creation of some of the ponds that used to dot the site to provide water to the animals.

It’s all part of the plan

The Conservators have been following the original management plan and its various revisions for nearly thirty years now, widening paths and creating open glades in the woodland, harvesting heather seed as well as clearing scrub to re-expose rock outcrops and de-silting a number of the old ponds.

Like many of the clearances in recent years, the latest clearance at Fir Tree is aimed at clearing some of the holly and cherry laurel that has taken over large sections of the Common. They have created areas of monoculture with almost nothing else able to grow under them, clearance allows light to reach the ground and encourages a far greater biodiversity to flourish.

We will monitor the area over the next few years to see what starts to emerge, it is surprising how often long dormant seed germinates when it gets some light.